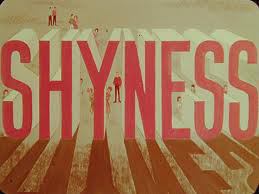 Are you someone that is super shy? I was one of those people, I was so shy that when I was in junior high and high school people thought I was stuck up. If someone would come up and talk to me then I would have slight conversation with them, but I would never approach someone. Especially if I did not know them well, and even then, I was unsure of myself. I was always afraid that I was going to say something they thought was stupid, that I would sound dumb. In fact, I was really convinced that no one would like me for who I was, so I spent a good part of my life trying to be what I thought others wanted me to be. Let me tell you that never turned out very well. In the end I was the one that would get crushed and that would just push me into a greater fear. I was even my own worst enemy, believing things about myself that no one had ever spoken over me except for myself. There were lies that were in my head, and they plagued my life for 52 years. Those lies kept me a prisoner, afraid to be around people or to do things with others. I was just content in my little world of work and animals. The truth is that it was only in the last couple of years that I figured out that shyness is really a fear of man. Fear of what they will think, am I good enough, smart enough, funny, cute, the list goes on and on. I believed that no one would want to be around me, and this caused me problems in relationships and it kept me from having any close friends growing up.

Then back in 2015 God really was talking to me and was really encouraging me to step out and trust in him. We moved back to Tri Cities, Washington area, after moving away in 2012. When I moved back God got my husband and I into a really, great church. After about two weeks of us attending, I heard the Lord tell me ministry, and I was like what can I do in ministry. I am afraid to talk to people that I don’t know. So, when we went to church that Sunday my husband told me to go up and talk to someone to see if there was some way that I could be involved as a volunteer in Women’s ministry. I was so afraid that he had to literally take me by the hand and walk me up to someone to talk to. That was just the beginning, I ended up getting involved as a volunteer with a Ladies Brunch that they were going to do for Christmas, and I started to meet people, and suddenly I was not feeling as fearful around people. But the Lord was not done with me on this journey.

In December of that year I got hired at the church to work as an Admin. for the pastoral staff. As part of that I was going to be helping the youth pastor on Wednesday nights. Well that took me on a new journey, and I had to get past my fears of not fitting in, so that I could connect with the students. I would struggle for the whole year of 2016. As I went on a mission trip I kept hearing these lies in my head that I was not supposed to be going and that I did not matter, but on that journey, something great started to happen. I had someone tell me that God had given me the boldness of a Lion and that I did matter and that I was supposed to be on the trip. Suddenly, I started to see Lions up in the clouds, of course no one else saw them, but I saw them for a whole year. I even had one of the students in our youth group come up and give me a word that I was bold like a lion and was no longer like a tiger. Then she explained the difference between a lion and a tiger to me. Even though I was not sure about that boldness I kept walking in boldness and trusting the Lord along the way. Just let me say that when you trust God, you never get let down.

Now I walk in a wonderful freedom that I found on this journey, and that freedom only comes from the Lord Almighty. The first step is always the hardest, but after that they start to get easier. What I have found is that I matter, I am wanted, people like to be around me and that I have all kinds of friends. Now I look for the individuals that are sitting in the back corner hiding from everyone, so that I can call them into something greater as well. Oh, don’t think that I don’t get self-doubt that comes back to haunt me on occasion, but now I am quick to stop those lies and to speak out the truth of what God sees in me and says about me. I walk with my head up high, and I walk in a new-found boldness and authority that only comes from Jesus.

My encouragement to anyone that is walking that same road is to call on God, and trust him as you start to step out of the fear and into the light. Feel the weights fall off and you have a bounce in your step as you walk in new found freedom and you encounter new growth way beyond anything you could ever imagine. When you start to listen to the truth of the Lord, it brings you freedom. Freedom brings you so much more. Stop believing lies about yourself and ask God to help you take the first step. Ask God to give you strength and to take away the fear that is churning in your stomach. I know it can be hard and frightening, but the Lord can give you a boldness beyond anything you can imagine. Please believe me you start to see things through different lenses and you start to feel better about yourself.

← Prayer
Are you a Christian? →